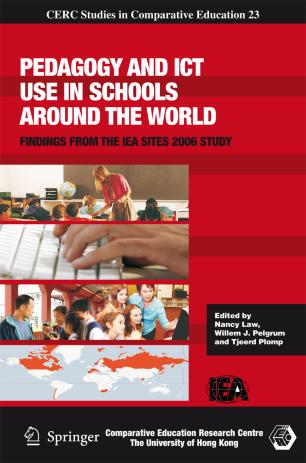 The series was established in the Comparative Education Research Centre in 1997. The series aims to strengthen Asian voices in the field while also publishing some of the best manuscripts globally. The series was thus built around books written or edited by scholars who include Harold Noah & Max Eckstein, Neville Postlethwaite, Philip Altbach, Mark Bray, W.O. Lee, Gu Mingyuan, and Ruth Hayhoe. More recently it has included books by David Chapman, William Cummings & Gerard Postiglione, Ora Kwo, Carol Chan & Nirmala Rao, and Donald Holsinger & James Jacob. The quality of the books has ensured that the series is now widely recognized as a leader in the field not only in Asia but also globally.

Given the nature of the field, the series includes books on a wide spectrum of topics that ranges from “knowledge across cultures” through “childhood socialization” and “non-formal education” to “citizenship education” and “school knowledge in comparative and historical perspective”. The emphasis is on an explicitly comparative focus. The key criterion for selection and publication of manuscripts is the quality of research and writing, which is ensured by a rigorous review and editorial process. The series numbers nearly 30 volumes, with a strong pipeline of manuscripts to be published in the future.

Books No. 7 and from No. 13 onwards in the series are co-published by Springer and the Comparative Education Research Centre of The University of Hong Kong.

For information regarding previous volumes in the series contact: