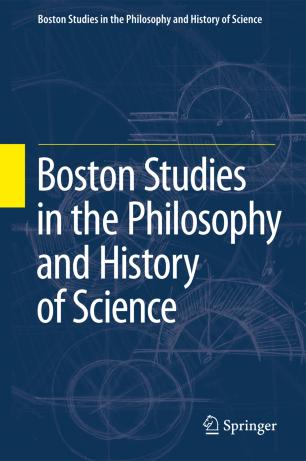 Boston Studies in the Philosophy and History of Science

The series Boston Studies in the Philosophy and History of Science was conceived in the broadest framework of interdisciplinary and international concerns. Natural scientists, mathematicians, social scientists and philosophers have contributed to the series, as have historians and sociologists of science, linguists, psychologists, physicians, and literary critics.

The series has been able to include works by authors from many other countries around the world.

The editors believe that the history and philosophy of science should itself be scientific, self-consciously critical, humane as well as rational, sceptical and undogmatic while also receptive to discussion of first principles. One of the aims of Boston Studies, therefore, is to develop collaboration among scientists, historians and philosophers.

Boston Studies in the Philosophy and History of Science looks into and reflects on interactions between epistemological and historical dimensions in an effort to understand the scientific enterprise from every viewpoint.