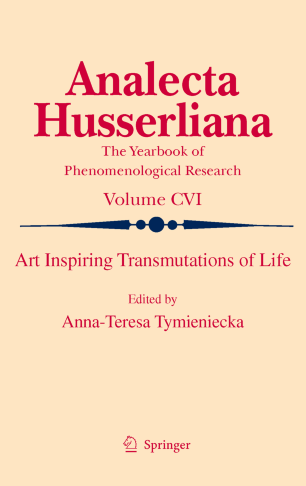 The Yearbook of Phenomenological Research

Founded in 1968 by Anna-Teresa Tymieniecka (Reidel/Kluwer Academic Publishers, Dordrecht, Holland) Analecta Husserliana: The Yearbook of Phenomenological Research is meant to pick up again and continue Husserl's Jahrbuch für Philosophie und Phänomenologische Forschung (Halle 1913 - 1930), hence its name "Yearbook" although as a book series it appears in several volumes a year. It collects the vast research work gathered at the seminars and international conferences being held by the World Phenomenology Institute and its four incorporated International Phenomenology Societies with world-wide scholars.

Analecta Husserliana promotes the aim of an extensive philosophical and interdisciplinary work to elaborate Husserl's initial idea of mathesis universalis, in a renovative unfolding of phenomenology. Around the axis of phenomenology of life and of the Human Creative Condition a variety of ingenious insights and ideas of phenomenologically inspired philosophies, sciences and humanities meet in an original interdisciplinary dialogue. Breaking conceptual barriers, they advance originally the great project of an universal science in a harvest of innovative ideas.

Analecta Husserliana includes an Encyclopedia of Learning (vol.80) and enjoys a world-wide authority.