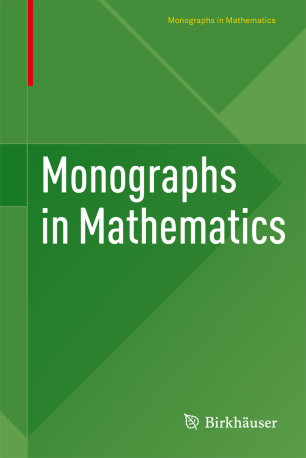 The foundations of this outstanding book series were laid in 1944. Until the end of the 1970s, a total of 77 volumes appeared, including works of such distinguished mathematicians as Carathéodory, Nevanlinna and Shafarevich, to name a few. The series came to its name and present appearance in the 1980s. In keeping its well-established tradition, only monographs of excellent quality are published in this collection. Comprehensive, in-depth treatments of areas of current interest are presented to a readership ranging from graduate students to professional mathematicians. Concrete examples and applications both within and beyond the immediate domain of mathematics illustrate the import and consequences of the theory under discussion.