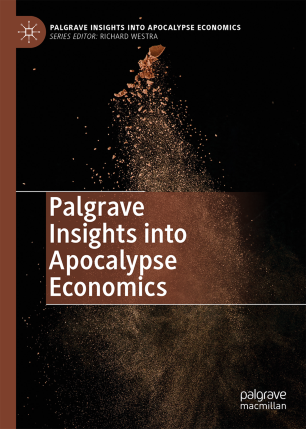 This series is set to become the lodestone for critical Marxist and related Left scholarship on the raft of apocalyptic tendencies enveloping the global economy and society. Its working premise is that neoliberal policies from the 1980s not only failed to rejuvenate capitalist prosperity lost with the demise of the post-Second World War ‘golden age’ economy but in fact have generated a widening spectrum of pathologies that threaten humanity itself. At the most fundamental level the series cultivates state of the art critical political economic analysis of the crises, recessionary, deflationary and austerity conditions that have beset the world economy since the global meltdown of 2008–2009. However, though centered on work that critically explores global propensities for devastating financial convulsions, ever-widening inequalities and economic marginalisation due to information technologies, robotised production and low wage outsourcing, it seeks to draw on exacerbating factors such as climate change and global environmental despoliation, corrupted food systems and land-grabbing, rampant militarism, cyber crime and terrorism, all together which defy mainstream economics and conventional political policy solutions.

For critical Marxist and related Left scholars the series offers a non-sectarian outlet for academic work that is hard-hitting, inter/trans-disciplinary and multiperspectival. Its readership draws in academics, researchers, students, progressive governmental and non-governmental actors and the academically-informed public.