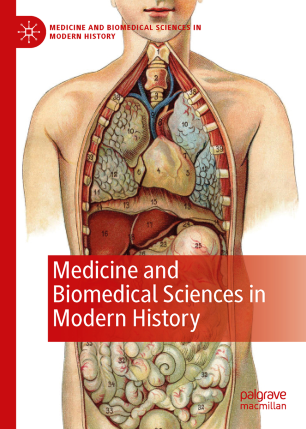 The aim of this series is to illuminate the development and impact of medicine and the biomedical sciences in the modern era.  The series was founded by the late Professor John Pickstone, and its ambitions reflect his commitment to the integrated study of medicine, science and technology in their contexts.  He repeatedly commented that it was a pity that the foundation discipline of the field, for which he popularized the acronym ‘HSTM’ (History of Science, Technology and Medicine) had been the history of science rather than the history of medicine.  His point was that historians of science had too often focused just on scientific ideas and institutions, while historians of medicine always had to consider the understanding, management and meanings of diseases in their socio-economic, cultural, technological and political contexts.  In the event, most of the books in the series dealt with medicine and the biomedical sciences, and the changed series title reflects this.  However, as the new editors we share Professor Pickstone’s enthusiasm for the integrated study of medicine, science and technology, encouraging studies on biomedical science, translational medicine, clinical practice, disease histories, medical technologies, medical specialisms and health policies.

The books in this series will present medicine and biomedical science as crucial features of modern culture, analysing their economic, social and political aspects, while not neglecting their expert content and context.  Our authors investigate the uses and consequences of technical knowledge, and how it shaped, and was shaped by, particular economic, social and political structures.  In re-launching the Series, we hope to build on its strengths but extend its geographical range beyond Western Europe and North America.

Medicine and Biomedical Sciences in Modern History is intended to supply analysis and stimulate debate.  All books are based on searching historical study of topics which are important, not least because they cut across conventional academic boundaries.  They should appeal not just to historians, nor just to medical practitioners, scientists and engineers, but to all who are interested in the place of medicine and biomedical sciences in modern history.