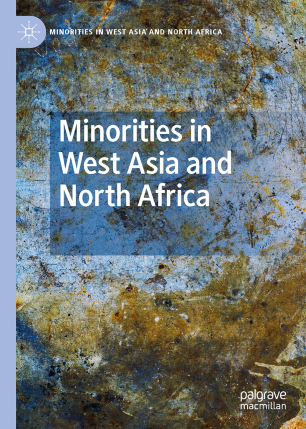 This series seeks to provide a unique and dedicated outlet for the publication of theoretically informed, historically grounded and empirically governed research on minorities and 'minoritization' processes in the regions of West Asia and North Africa (WANA). In WANA, from Morocco to Afghanistan and from Turkey to the Sudan almost every country has substantial religious, ethnic or linguistic minorities. Their changing character and dynamic evolution notwithstanding, minorities have played key roles in social, economic, political and cultural life of WANA societies from the antiquity and been at the center of the modern history of the region. WANA’s experience of modernity, processes of state formation and economic development, the problems of domestic and interstate conflict and security, and instances of state failure, civil war, and secession are all closely intertwined with the history and politics of minorities, and with how different socio-political categories related to the idea of minority have informed or underpinned historical processes unfolding in the region. WANA minorities have also played a decisive role in the rapid and crisis-ridden transformation of the geopolitics of WANA in the aftermath of the Cold War and the commencement of globalization. Past and contemporary histories, and the future shape and trajectory of WANA countries are therefore intrinsically tied to the dynamics of minorities. Intellectual, political, and practical significance of minorities in WANA therefore cannot be overstated.
The overarching rationale for this series is the absence of specialized series devoted to minorities in WANA. Books on this topic are often included in area, country or theme-specific series that are not amenable to theoretically more rigorous and empirically wider and multi-dimensional approaches and therefore impose certain intellectual constraints on the books especially in terms of geographical scope, theoretical depth, and disciplinary orientation. This series addresses this problem by providing a dedicated space for books on minorities in WANA. It encourages inter- and multi-disciplinary approaches to minorities in WANA with a view to promote the combination of analytical rigor with empirical richness. As such the series is intended to bridge a significant gap on the subject in the academic books market, increase the visibility of research on minorities in WANA, and meets the demand of academics, students, and policy makers working on, or interested in, the region alike. The editorial team of the series will adopt a proactive and supportive approach through soliciting original and innovative works, closer engagement with the authors, providing feedback on draft monographs prior to publication, and ensuring the high quality of the output.