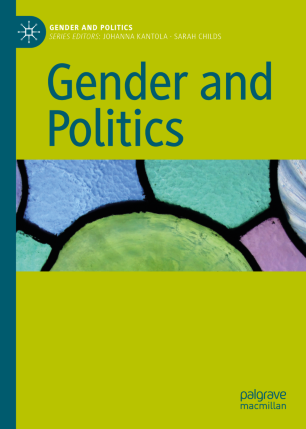 The Gender and Politics series celebrated its 7th anniversary at the 5th European Conference on Politics and Gender (ECPG) in June 2017 in Lausanne, Switzerland having published more than 35 volumes to date. The original idea for the book series was envisioned by the series editors Johanna Kantola and Judith Squires at the first ECPG in Belfast in 2009, and the series was officially launched at the Conference in Budapest in 2011. In 2014, Sarah Childs became the co-editor of the series, together with Johanna Kantola. Gender and Politics showcases the very best international writing. It publishes world class monographs and edited collections from scholars - junior and well established - working in politics, international relations and public policy, with specific reference to questions of gender. The titles that have come out over the past years make key contributions to debates on intersectionality and diversity, gender equality, social movements, Europeanization and institutionalism, governance and norms, policies, and political institutions. Set in European, US and Latin American contexts, these books provide rich new empirical findings and push forward boundaries of feminist and politics conceptual and theoretical research. The editors welcome the highest quality international research on these topics and beyond, and look for proposals on feminist political theory; on recent political transformations such as the economic crisis or the rise of the populist right; as well as proposals on continuing feminist dilemmas around participation and representation, specific gendered policy fields, and policy making mechanisms. The series can also include books published as a Palgrave pivot. For further information on the series and to submit a proposal for consideration, please get in touch with Senior Editor Ambra Finotello, ambra.finotello@palgrave.com. This series is indexed by Scopus.