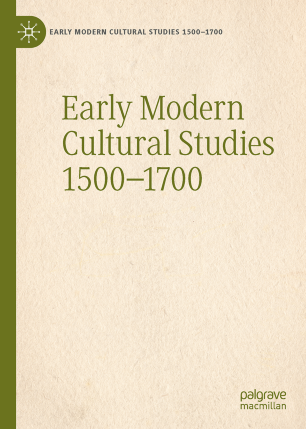 In the twenty first century, literary criticism, literary theory, historiography and cultural studies have become intimately interwoven, and the formerly distinct fields of literature, society, history, and culture no longer seem so discrete. The Early Modern Cultural Studies series encourages scholarship that crosses boundaries between disciplines, time periods, nations, and theoretical orientations. The series assumes that the early modern period was marked by incipient processes of transculturation brought about through exploration, trade, colonization, and the migration of texts and people. These phenomena set in motion the processes of globalization and racialization that remain in force today. The purpose of this series is to publish innovative scholarship that is attentive to the complexity of this early modern world and bold in the methods it employs for studying it.