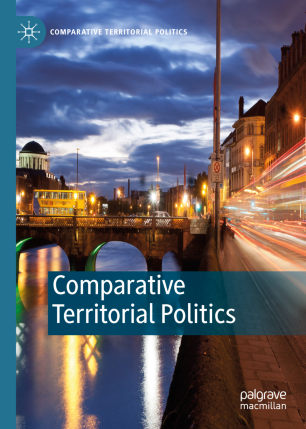 Territorial politics is one of the most dynamic areas in contemporary political science. Rescaling, new and re-emergent nationalisms, regional devolution, government, federal reform and urban dynamics have reshaped the architecture of government at sub-state and transnational levels, with profound implications for public policy, political competition, democracy and the nature of political community. Important policy fields such as health, education, agriculture, environment and economic development are managed at new spatial levels. Regions, stateless nations and metropolitan areas have become political arenas, contested by old and new political parties and interest groups. All of this is shaped by transnational integration and the rise of supranational and international bodies like the European Union, the North American Free Trade Area and the World Trade Organization. The Comparative Territorial Politics series brings together monographs, pivot studies, and edited collections that further scholarship in the field of territorial politics and policy, decentralization, federalism and regionalism. Territorial politics is ubiquitous and the series is open towards topics, approaches and methods. The series aims to be an outlet for innovative research grounded in political science, political geography, law, international relations and sociology. Previous publications cover topics such as public opinion, government formation, elections, parties, federalism, and nationalism. Please do not hesitate to contact one of the series editors in case you are interested in publishing your book manuscript in the Comparative Territorial Politics series. Book proposals can be sent to Ambra Finotello (Ambra.Finotello@palgrave.com). We kindly ask you to include sample material with the book proposal, preferably an introduction chapter explaining the rationale and the structure of the book as well as an empirical sample chapter.