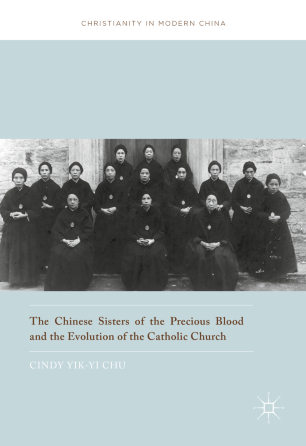 This series addresses Christianity in China from the time of the late Ming and early Qing dynasties to the present. It includes a number of disciplines—history, political science, theology, religious studies, gender studies and sociology. Not only is the series inter-disciplinary, it also encourages inter-religious dialogue. It covers the presence of the Catholic Church, the Protestant Churches and the Orthodox Church in China. While Chinese Protestant Churches have attracted much scholarly and journalistic attention, there is much unknown about the Catholic Church and the Orthodox Church in China. There is an enormous demand for monographs on the Chinese Catholic Church and the Orthodox Church. This series captures the breathtaking phenomenon of the rapid expansion of Chinese Christianity on the one hand, and the long awaited need to reveal the reality and the development of Chinese Catholicism and the Orthodox religion on the other.

Christianity in China reflects on the tremendous importance of Chinese-foreign relations. The series touches on many levels of research— the life of a single Christian in a village, a city parish, the conflicts between converts in a province, the policy of the provincial authority and state-to-state relations. It concerns the influence of different cultures on Chinese soil—the American, the French, the Italian, the Portuguese and so on. Contributors of the series include not only people from the academia but journalists and professional writers as well. The series would stand out as a collective effort of authors from different countries and backgrounds. Under the influence of globalization, it is entirely necessary to emphasize the intercultural dimension of the monographs of the series. With Christianity being questioned in the Western world, as witnessed in the popularity of Dan Brown’s books since some time ago, the Chinese have surprised the world by their embracement of this foreign religion. NOW INDEXED ON SCOPUS!