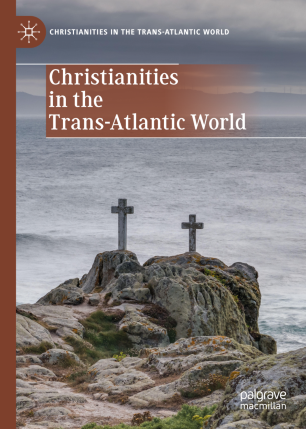 Christianities in the Trans-Atlantic World

This series builds upon the recent recovery of interest in religion in the trans-Atlantic. Prepared by established and early career authors, and combining long- and short-form monographs with edited volumes, books in this series offer fresh, lively, illuminating and inter-disciplinary perspectives that work strategically and systematically to address major but under-studied or overly simplified themes in the religious and cultural history of the trans-Atlantic, from early modernity to the present day. Guided by its editorial board, which includes in its membership many of the most influential scholars in the history of religion, the series prizes diversity of method and opinion, and reflects the often startling heterogeneity of Christianities in the trans-Atlantic world.