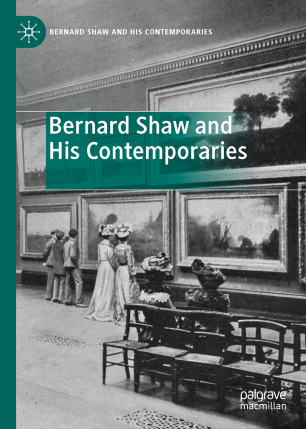 Bernard Shaw and His Contemporaries

The series Bernard Shaw and His Contemporaries presents the best and most up-to-date research on Shaw and his contemporaries in a diverse range of cultural contexts. Volumes in the series will further the academic understanding of Bernard Shaw and those who worked with him, or in reaction against him, during his long career from the 1880s to 1950 as a leading writer in Britain and Ireland, and with a wide European and American following.

Shaw defined the modern literary theatre in the wake of Ibsen as a vehicle for social change, while authoring a dramatic canon to rival Shakespeare’s. His careers as critic, essayist, playwright, journalist, lecturer, socialist, feminist, and pamphleteer, both helped to shape the modern world as well as pointed the way towards modernism. No one engaged with his contemporaries more than Shaw, whether as controversialist, or in his support of other, often younger writers. In many respects, therefore, the series as it develops will offer a survey of the rise of the modern at the beginning of the twentieth century and the subsequent varied cultural movements covered by the term modernism that arose in the wake of World War 1.