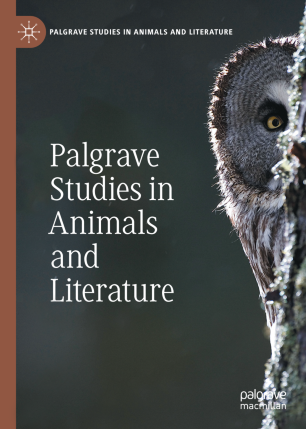 Palgrave Studies in Animals and Literature

Various academic disciplines can now be found in the process of executing an 'animal turn', questioning the ethical and philosophical grounds of human exceptionalism by taking seriously the nonhuman animal presences that haunt the margins of history, anthropology, philosophy, sociology and literary studies. Such work is characterised by a series of broad, cross-disciplinary questions. How might we rethink and problematise the separation of the human from other animals? What are the ethical and political stakes of our relationships with other species? How might we locate and understand the agency of animals in human cultures?
This series publishes work that looks, specifically, at the implications of the 'animal turn' for the field of English Studies. Language is often thought of as the key marker of humanity's difference from other species; animals may have codes, calls or songs, but humans have a mode of communication of a wholly other order. The primary motivation is to muddy this assumption and to animalise the canons of English Literature by rethinking representations of animals and interspecies encounter. Whereas animals are conventionally read as objects of fable, allegory or metaphor (and as signs of specifically human concerns), this series significantly extends the new insights of interdisciplinary animal studies by tracing the engagement of such figuration with the material lives of animals. It examines textual cultures as variously embodying a debt to or an intimacy with animals and advances understanding of how the aesthetic engagements of literary arts have always done more than simply illustrate natural history. We publish studies of the representation of animals in literary texts from the Middle Ages to the present and with reference to the discipline's key thematic concerns, genres and critical methods. The series focuses on literary prose and poetry, while also accommodating related discussion of the full range of materials and texts and contexts (from theatre and film to fine art, journalism, the law, popular writing and other cultural ephemera) with which English studies now engages.