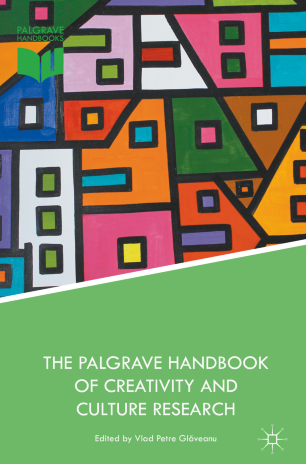 Palgrave Studies in Creativity and Culture

Both creativity and culture are areas that have experienced a rapid growth in interest in recent years. Moreover, there is a growing interest today in understanding creativity as a socio-cultural phenomenon and culture as a transformative, dynamic process. Creativity has traditionally been considered an exceptional quality that only a few people (truly) possess, a cognitive or personality trait 'residing' inside the mind of the creative individual. Conversely, culture has often been seen as 'outside' the person and described as a set of 'things' such as norms, beliefs, values, objects, and so on. The current literature shows a trend towards a different understanding, which recognises the psycho-socio-cultural nature of creative expression and the creative quality of appropriating and participating in culture. Our new, interdisciplinary series Palgrave Studies in Creativity and Culture intends to advance our knowledge of both creativity and cultural studies from the forefront of theory and research within the emerging cultural psychology of creativity, and the intersection between psychology, anthropology, sociology, education, business, and cultural studies. Palgrave Studies in Creativity and Culture is accepting proposals for monographs, Palgrave Pivots and edited collections that bring together creativity and culture. The series has a broader focus than simply the cultural approach to creativity, and is unified by a basic set of premises about creativity and cultural phenomena.