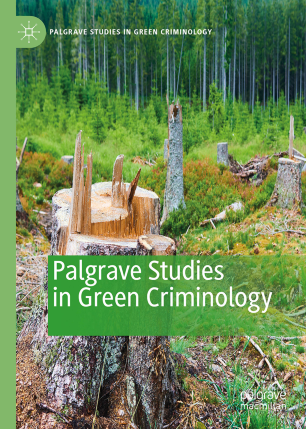 Criminologists have increasingly become involved and interested in environmental issues to the extent that the term Green Criminology is now recognised as a distinct subgenre of criminology. Within this unique area of scholarly activity, researchers consider not just harms to the environment, but also the links between green crimes and other forms of crime, including organised crime's movement into the illegal trade in wildlife or the links between domestic animal abuse and spousal abuse and more serious forms of offending such as serial killing. This series will provide a forum for new works and new ideas in green criminology for both academics and practitioners working in the field, with two primary aims: to provide contemporary theoretical and practice-based analysis of green criminology and environmental issues relating to the development of and enforcement of environmental laws, environmental criminality, policy relating to environmental harms and harms committed against non-human animals and situating environmental harms within the context of wider social harms; and to explore and debate new contemporary issues in green criminology including ecological, environmental and species justice concerns and the better integration of a green criminological approach within mainstream criminal justice. The series will reflect the range and depth of high-quality research and scholarship in this burgeoning area, combining contributions from established scholars wishing to explore new topics and recent entrants who are breaking new ground.