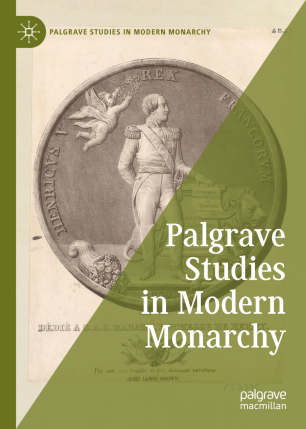 The death of Louis XVI on the scaffold in 1793 did not mark the beginning of the end of monarchy. What followed was a Long Nineteenth Century during which monarchical systems continued to be politically and culturally dominant both in Europe and beyond. They shaped political cultures and became a reference point for debates on constitutional government as well as for understandings of political liberalism. Within multinational settings monarchy offered an alternative to centralised national states. Not even the cataclysms of the twentieth century could wipe monarchy completely off the political, mental and emotional maps.
Palgrave Studies in Modern Monarchy reflects the vibrancy of research into this topic by bringing together monographs and edited collections exploring the history of monarchy in Europe and the world in the period after the end of the ancien régime. Committed to a scholarly approach to the royal past, the series is open in terms of geographical and thematic coverage, welcoming studies examining any aspect of any part of the modern monarchical world.