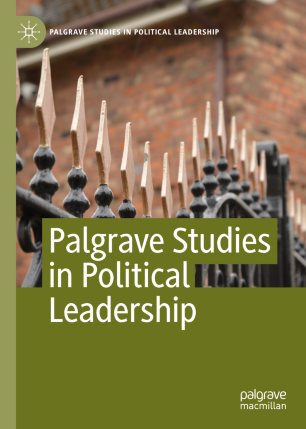 Palgrave Studies in Political Leadership seeks to gather some of the best work on political leadership broadly defined, stretching from classical areas such as executive, legislative and party leadership to understudied manifestations of political leadership beyond the state. Edited by an international board of distinguished leadership scholars from the United States, Europe and Asia, the series publishes cutting-edge research that reaches out to a global readership. The editors are gratefully supported by an advisory board comprising of: Takashi Inoguchi (University of Tokyo, Japan), R.A.W Rhodes (University of Southampton, UK) and Ferdinand Müller-Rommel (University of Luneburg, Germany).