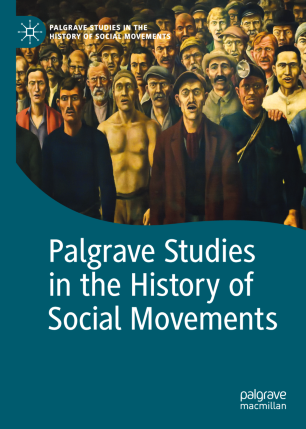 Palgrave Studies in the History of Social Movements

Around the world, social movements have become legitimate, yet contested, actors in local, national and global politics and civil society, yet we still know relatively little about their longer histories and the trajectories of their development. This series seeks to promote innovative historical research on the history of social movements in the modern period since around 1750. We bring together conceptually-informed studies that analyse labour movements, new social movements and other forms of protest from early modernity to the present. We conceive of 'social movements' in the broadest possible sense, encompassing social formations that lie between formal organisations and mere protest events. We also offer a home for studies that systematically explore the political, social, economic and cultural conditions in which social movements can emerge. We are especially interested in transnational and global perspectives on the history of social movements, and in studies that engage critically and creatively with political, social and sociological theories in order to make historically grounded arguments about social movements. This new series seeks to offer innovative historical work on social movements, while also helping to historicise the concept of 'social movement'. It hopes to revitalise the conversation between historians and historical sociologists in analysing what Charles Tilly has called the 'dynamics of contention'.