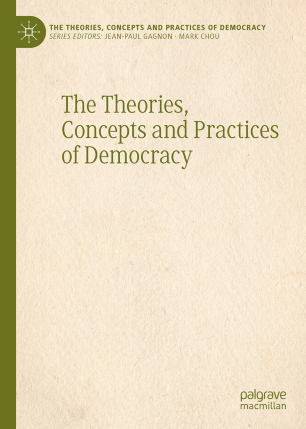 The Theories, Concepts and Practices of Democracy

There are many types of democracies and many types of democrats. Though contemporary Western scholars and practitioners of democracy have tended to repeat a particular set of narratives and discourses, recent research shows us that there are in fact hundreds of different adjectives of democracy. What one theorist, political leader or nation invokes as democracy, others may label as something altogether different. Part of this has to do with the political nature of democracy. As a practice and concept, it is always contested. Yet instead of exploring these differences and ambiguities, many democrats today retreat to the well-worn definitions and practices made popular by Western powers in the twentieth-century.

The aim of this book series is to engage and explore democracy’s many articulations. It seeks contributions which critically define, analyse and organise the many theories, concepts and practices that encompass democracy in all its forms. Both theoretical and empirical treatments of democracy, particularly when told from less conventional or more marginal perspectives, are especially encouraged.