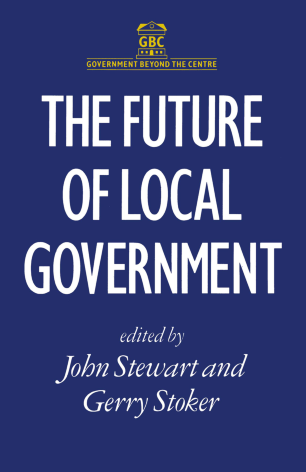 Government Beyond the Centre

The world of sub-central governance and administration – including local authorities, quasi-governmental bodies and the agencies of public–private partnerships – has seen massive changes in the United Kingdom and other western democracies. The original aim of the Government Beyond the Centre series was to bring the study of this often-neglected world into the mainstream of social science research, applying the spotlight of critical analysis to what had traditionally been the preserve of institutional public administration approaches.

The replacement of traditional models of government by new models of governance has affected central government, too, with the contracting out of many traditional functions, the increasing importance of relationships with devolved and supranational authorities, and the emergence of new holistic models based on partnership and collaboration.

This series focuses on the agenda of change in governance both at sub-central level and in the new patterns of relationships surrounding the core executive. Its objective is to provide up-to-date and informative accounts of the new forms of management and administration and the structures of power and influence that are emerging, and of the economic, political and ideological forces that underlie them.

The series will be of interest to students and practitioners in central and local government, public management and social policy, and all those interested in the reshaping of the governmental institutions which have a daily and major impact on our lives.