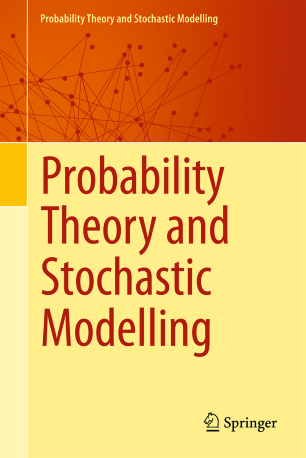 The Probability Theory and Stochastic Modelling series is a merger and continuation of Springer’s two well established series Stochastic Modelling and Applied Probability and Probability and Its Applications. It publishes research monographs that make a signiﬁcant contribution to probability theory or an applications domain in which advanced probability methods are fundamental. Books in this series are expected to follow rigorous mathematical standards, while also displaying the expository quality necessary to make them useful and accessible to advanced students as well as researchers. The series covers all aspects of modern probability theory including:

as well as applications that include (but are not restricted to):

• Branching processes and other models of population growth

• Computational methods in probability and stochastic processes, including simulation

• Genetics and other stochastic models in biology and the life sciences

• Stochastic models in the physical sciences

All titles in this series are peer-reviewed to the usual standards of mathematics and its applications.