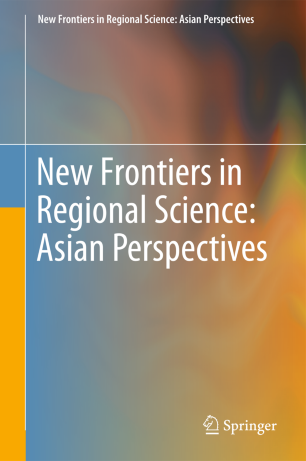 This series is a constellation of works by scholars in the field of regional science and in related disciplines specifically focusing on dynamism in Asia.

Asia is the most dynamic part of the world. Japan, Korea, Taiwan, and Singapore experienced rapid and miracle economic growth in the 1970s. Malaysia, Indonesia, and Thailand followed in the 1980s. China, India, and Vietnam are now rising countries in Asia and are even leading the world economy. Due to their rapid economic development and growth, Asian countries continue to face a variety of urgent issues including regional and institutional unbalanced growth, environmental problems, poverty amidst prosperity, an ageing society, the collapse of the bubble economy, and deflation, among others.

Asian countries are diversified as they have their own cultural, historical, and geographical as well as political conditions. Due to this fact, scholars specializing in regional science as an inter- and multi-discipline have taken leading roles in providing mitigating policy proposals based on robust interdisciplinary analysis of multifaceted regional issues and subjects in Asia. This series not only will present unique research results from Asia that are unfamiliar in other parts of the world because of language barriers, but also will publish advanced research results from those regions that have focused on regional and urban issues in Asia from different perspectives.

The series aims to expand the frontiers of regional science through diffusion of intrinsically developed and advanced modern regional science methodologies in Asia and other areas of the world. Readers will be inspired to realize that regional and urban issues in the world are so vast that their established methodologies still have space for development and refinement, and to understand the importance of the interdisciplinary and multidisciplinary approach that is inherent in regional science for analyzing and resolving urgent regional and urban issues in Asia.

Topics under consideration in this series include the theory of social cost and benefit analysis and criteria of public investments, socio-economic vulnerability against disasters, food security and policy, agro-food systems in China, industrial clustering in Asia, comprehensive management of water environment and resources in a river basin, the international trade bloc and food security, migration and labor market in Asia, land policy and local property tax, Information and Communication Technology planning, consumer “shop-around” movements, and regeneration of downtowns, among others.

Researchers who are interested in publishing their books in this Series should obtain a proposal form from Yoshiro Higano (Editor in Chief, higano@jsrsai.jp) and return the completed form to him.