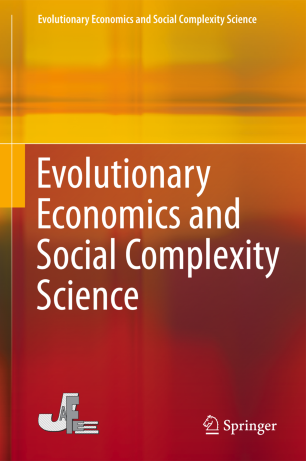 The Japanese Association for Evolutionary Economics (JAFEE) always has adhered to its original aim of taking an explicit "integrated" approach. This path has been followed steadfastly since the Association’s establishment in 1997 and, as well, since the inauguration of our international journal in 2004. We have deployed an agenda encompassing a contemporary array of subjects including but not limited to: foundations of institutional and evolutionary economics, criticism of mainstream views in the social sciences, knowledge and learning in socio-economic life, development and innovation of technologies, transformation of industrial organizations and economic systems, experimental studies in economics, agent-based modeling of socio-economic systems, evolution of the governance structure of firms and other organizations, comparison of dynamically changing institutions of the world, and policy proposals in the transformational process of economic life. In short, our starting point is an "integrative science" of evolutionary and institutional views. Furthermore, we always endeavor to stay abreast of newly established methods such as agent-based modeling, socio/econo-physics, and network analysis as part of our integrative links.

More fundamentally, "evolution" in social science is interpreted as an essential key word, i.e., an integrative and /or communicative link to understand and re-domain various preceding dichotomies in the sciences: ontological or epistemological, subjective or objective, homogeneous or heterogeneous, natural or artificial, selfish or altruistic, individualistic or collective, rational or irrational, axiomatic or psychological-based, causal nexus or cyclic networked, optimal or adaptive, micro- or macroscopic, deterministic or stochastic, historical or theoretical, mathematical or computational, experimental or empirical, agent-based or socio/econo-physical, institutional or evolutionary, regional or global, and so on. The conventional meanings adhering to various traditional dichotomies may be more or less obsolete, to be replaced with more current ones vis-à-vis contemporary academic trends. Thus we are strongly encouraged to integrate some of the conventional dichotomies. These attempts are not limited to the field of economic sciences, including management sciences, but also include social science in general. In that way, understanding the social profiles of complex science may then be within our reach. In the meantime, contemporary society appears to be evolving into a newly emerging phase, chiefly characterized by an information and communication technology (ICT) mode of production and a service network system replacing the earlier established factory system with a new one that is suited to actual observations. In the face of these changes we are urgently compelled to explore a set of new properties for a new socio/economic system by implementing new ideas. We thus are keen to look for "integrated principles" common to the above-mentioned dichotomies throughout our serial compilation of publications. We are also encouraged to create a new, broader spectrum for establishing a specific method positively integrated in our own original way.