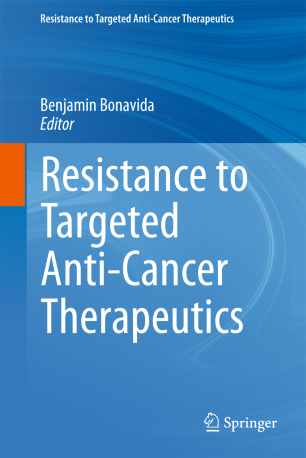 For several decades, treatment of cancer consisted of chemotherapeutic drugs, radiation, and hormonal therapies. Those were not tumor specific and exhibited several toxicities. During the last several years, targeted cancer therapies (molecularly targeted drugs) have been developed and consisting of immunotherapies (cell mediated and antibody) drugs or biologicals that can block the growth and spread of cancer by interfering with surface receptors and with specific dysregulated gene products that control tumor cell growth and progression. These include several FDA-approved drugs/antibodies/inhibitors that interfere with cell growth signaling or tumor blood vessel development, promote the cell death of cancer cells, stimulate the immune system to destroy specific cancer cells and deliver toxic drugs to cancer cells. Targeted cancer therapies are being used alone or in combination with conventional drugs and other targeted therapies.

One of the major problems that arise following treatment with both conventional therapies and targeted cancer therapies is the development of resistance, preexisting in a subset of cancer cells or cancer stem cells and/or induced by the treatments. Tumor cell resistance to targeted therapies remains a major hurdle and, therefore, several strategies are being considered in delineating the underlining molecular mechanisms of resistance and the development of novel drugs to reverse both the innate and acquired resistance to various targeted therapeutic regimens.

The new Series “Resistance of Targeted Anti-Cancer Therapeutics” was inaugurated and focuses on the clinical application of targeted cancer therapies (either approved by the FDA or in clinical trials) and the resistance observed by these therapies. Each book will consist of updated reviews on a specific target therapeutic and strategies to overcome resistance at the biochemical, molecular and both genetic and epigenetic levels. This new Series is timely and should be of significant interest to clinicians, scientists, trainees, students, and pharmaceutical companies.