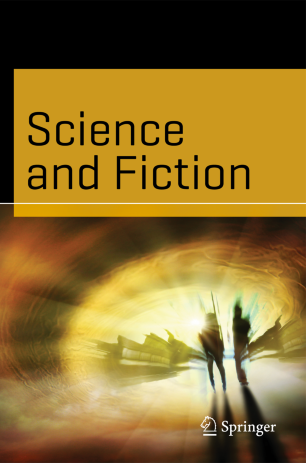 Science and Fiction – A Springer Series

This collection of entertaining and thought-provoking books will appeal equally to science buffs, scientists and science-fiction fans. It was born out of the recognition that scientific discovery and the creation of plausible fictional scenarios are often two sides of the same coin. Each relies on an understanding of the way the world works, coupled with the imaginative ability to invent new or alternative explanations—and even other worlds. Authored by practicing scientists as well as writers of hard science fiction, these books explore and exploit the borderlands between accepted science and its fictional counterpart. Uncovering mutual influences, promoting fruitful interaction, narrating and analyzing fictional scenarios, together they serve as a reaction vessel for inspired new ideas in science, technology, and beyond.

Whether fiction, fact, or forever undecidable: the Springer Series “Science and Fiction” intends to go where no one has gone before!

Its largely non-technical books take several different approaches. Journey with their authors as they

Readers can look forward to a broad range of topics, as intriguing as they are important. Here just a few by way of illustration: