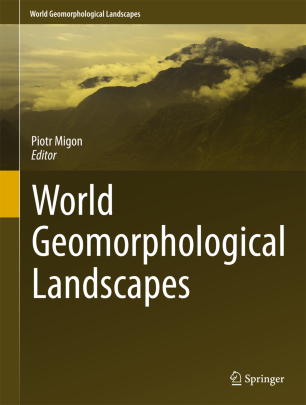 Geomorphology – ‘the Science of Scenery’ – is a part of Earth Sciences that focuses on the scientific study of landforms, their assemblages, and surface and subsurface processes that moulded them in the past and that change them today. Shapes of landforms and regularities of their spatial distribution, their origin, evolution, and ages are the subject of geomorphology. Geomorphology is also a science of considerable practical importance since many geomorphic processes occur so suddenly and unexpectedly, and with such a force, that they pose significant hazards to human populations. Landforms and landscapes vary enormously across the Earth, from high mountains to endless plains. At a smaller scale, Nature often surprises us creating shapes which look improbable. Many geomorphological landscapes are so immensely beautiful that they received the highest possible recognition – they hold the status of World Heritage properties. Apart from often being immensely scenic, landscapes tell stories which not uncommonly can be traced back in time for millions of years and include unique events. This international book series will be a scientific library of monographs that present and explain physical landscapes across the globe, focusing on both representative and uniquely spectacular examples. Each book contains details on geomorphology of a particular country (i.e. The Geomorphological Landscapes of France, The Geomorphological Landscapes of Italy, The Geomorphological Landscapes of India) or a geographically coherent region. The content is divided into two parts. Part one contains the necessary background about geology and tectonic framework, past and present climate, geographical regions, and long-term geomorphological history. The core of each book is however succinct presentation of key geomorphological localities (landscapes) and it is envisaged that the number of such studies will generally vary from 20 to 30. There is additional scope for discussing issues of geomorphological heritage and suggesting itineraries to visit the most important sites. The series provides a unique reference source not only for geomorphologists, but all Earth scientists, geographers, and conservationists. It complements the existing reference books in geomorphology which focus on specific themes rather than regions or localities and fills a growing gap between poorly accessible regional studies, often in national languages, and papers in international journals which put major emphasis on understanding processes rather than particular landscapes. The World Geomorphological Landscapes series is a peer-reviewed series which contains single and multi-authored books as well as edited volumes.