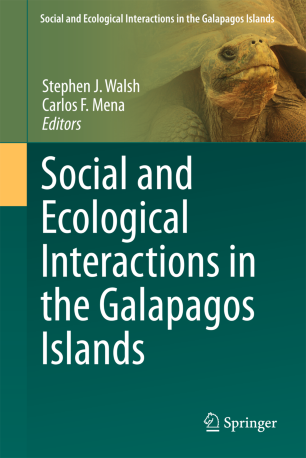 Social and Ecological Interactions in the Galapagos Islands

The Galapagos Islands are a “living laboratory” for the study of evolution, environmental change, and conflicts between nature and society. Free of human predators for almost all its history, these islands have developed some of the most unique life forms on the planet, adapted to their harsh surroundings and living in ecological isolation. It was not until Charles Darwin’s famous visit in 1835, which helped inspire the theory of evolution that this Archipelago began to receive international recognition. The Galapagos Archipelago encompasses 11 large and 200 small islands totaling approximately 8,010 sq. km. This series will focus on the entire island archipelago, and it will emphasize the study and documentation of human-environment interactions on the four inhabited islands in the Galapagos: Isabela, Santa Cruz, San Cristobal, and Floreana. Together they constitute a well-defined “natural laboratory” for the study of human-environment interactions as they vary in fundamentally important ways.