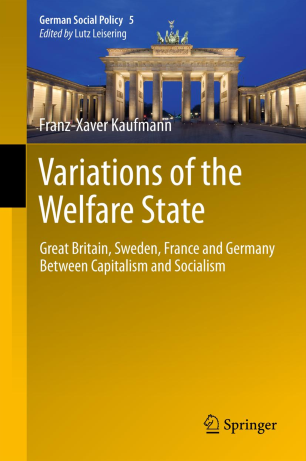 The 5-volume series “German Social Policy” presents a unique multidisciplinary approach to the history of German social policy and is written by the doyens of their respective disciplines. The volumes expound the contribution of the German tradition to the rise of social policy in the Western world in the 19th and 20th centuries. Germany pioneered modern social policy in the 19th century when Bismarck introduced social insurance. After the Second World War, Germany’s Social Market Economy became a model of social integration. The volumes cover the history of ideas (volume 1), the legal and political history before and after 1945 (volumes 2 and 3), the German Democratic Republic (1949-1990) and the impact of German reunification (1990) (volume 4). Volume 5 embeds the German case in a major comparative study of European welfare states, complemented by a study of the USA and the Soviet Union. The volumes also yield insights into general theoretical issues of social policy beyond the empirical case of Germany. Each volume has an introduction by the editor who summarizes the contribution made by the volumes and looks into the future of German social policy.