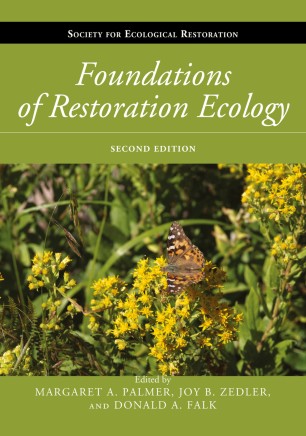 The practice of ecological restoration, firmly grounded in the science of restoration ecology, provides governments, organizations, and landowners a means to halt degradation and restore function and resilience to ecosystems stressed by climate change and other pressures on the natural world. Foundational theory is a critical component of the underlying science, providing valuable insights into restoring ecological systems effectively and understanding why some efforts to restore systems can fail. In turn, on-the-ground restoration projects can help to guide and refine theory, advancing the field and providing new ideas and innovations for practical application.
This second edition63, 63, 0.85098); font-family: Verdana, "Verdana Ref", Corbel, "Lucida Grande", "Lucida Sans Unicode", "Lucida Sans", "DejaVu Sans", "Bitstream Vera Sans", "Liberation Sans", sans-serif; font-size: 12.8px;"> provides the latest emerging theories and ideas in the science of restoration ecology. Fully one-third longer than the first edition and comprehensive in scope, it has been dramatically updated to reflect new research. Included are new sections devoted to concepts critical to all restoration projects as well as restoration of specific ecosystem processes, including hydrology, nutrient dynamics, and carbon.  Also new to this edition are case studies that describe real-life restoration scenarios in North and South America, Europe, and Australia. They highlight supporting theory for restoration application and other details important for assessing the degree of success of restoration projects in a variety of contexts. Lists at the end of each chapter summarize new theory introduced in that chapter and its practical application.

Written by acclaimed researchers in the field, this book provides practitioners as well as graduate and undergraduate students with a solid grounding in the newest advances in ecological science and theory.

Dr. Margaret Palmer joined the University of Maryland (UMD) in 1989 as an assistant professor in biology, where she is now a distinguished university professor. With a background in hydrology and ecology, Palmer has contributed to testing and extending fundamental theory in marine and stream ecosystems on the interactions between organisms, boundary layer flows and geomorphic processes. She is an international expert on the restoration of streams and rivers, and co-author of the book Foundations of Restoration Ecology. She has worked extensively on the relationship between biodiversity and ecosystem processes, the biogeochemistry of streams and wetlands, and organism dispersal in aquatic ecosystems.

Palmer is also known for her work at the interface of water science and policy, having served as a technical advisor and innovator to help build solution-focused teams that solve problems with social, legal, policy and scientific aspects. As the Director of SESYNC, Palmer oversees collaborative, cross-disciplinary research groups that work to identify data-driven solutions to society’s most challenging and complex environmental problems and ultimately inform decision makers.

Palmer is a fellow of the Ecological Society of America and the American Association for the Advancement of Science. She has also participated as a fellow in the Aldo Leopold Leadership Program and the Lilly Fellows Program, and received the Award of Research Excellence from the Society for Freshwater Science.

As Professor of Botany, I supervise MS students in our non-thesis track in Ecological Restoration, mentor student-research projects, and help co-authors publish their work. Through long involvement in field research, I have come to appreciate the need for more long-term studies. I am concluding an 11-year study of tussock sedge phenology near Madison. I continue the long-term tracking of a federally endangered halophyte (Cordylanthus maritimus ssp. maritimus) that my research team reintroduced to San Diego Bay in 1990, but which was nearly re-extirpated in 2014, after 3 years of drought. I have several advisory roles concerning restoration of California coastal marshes, helping agencies and non-profit organizations recover and sustain ecosystem functions and biodiversity.  I am working with Drs. Margaret Palmer (U. Maryland) and Don Falk (U. Arizona) on the 2nd edition of Foundations of Restoration Ecology, which Island Press published in 2016.

Dr. Donald A. Falk teached courses in wildland fire science, fire ecology, and restoration ecology, including ecological impacts of global change and management responses at the School of Natural Resources and the Environment at the University of Arizona.