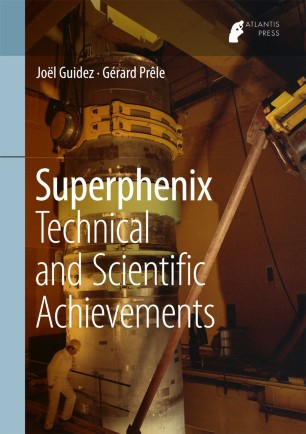 Joel Guidez began his career in the field of sodium-cooled fast reactors after leaving Ecole Centrale-Paris, in 1973. He has held various positions at Cadarache, Phenix and Superphenix, including as the head of the thermal hydraulic laboratory conducting tests for Phenix, Superphenix and the EFR European Fast Reactor project. He was also head of the OSIRIS research reactor, located at SACLAY, and of the HFR European Commission reactor, located in the Netherlands and spent two years as nuclear attaché at the French embassy in Berlin. His 2012 book “Phenix: the experience feedback” was translated into English and republished in 2013, and this new book on Superphenix is in the same spirit of thematic analysis of a reactor experience feedback.

Gérard Prêle graduated from the Ecole Centrale-Lyon and entered EDF and the field of sodium-cooled fast reactors in 1983. In 1985 he joined Superphenix, where he was a duty engineer and was later in charge of safety. He has held various positions at Superphenix and Phenix and was a fast neutron reactor (SFR) engineer at the EDF Centre Lyonnais d’Ingénierie (CLI).  He worked  as Safety Security Environment and Radiation Protection Mission head in Superphenix  at the beginning of dismantling and then in the field of PWR for two years. Since 2006 he has been involved in the Gen IV and the SFR/Astrid projects. Today, as an SFR/system and operations expert, one of his major roles is assisting the CEA in the preliminary design of the ASTRID reactor.