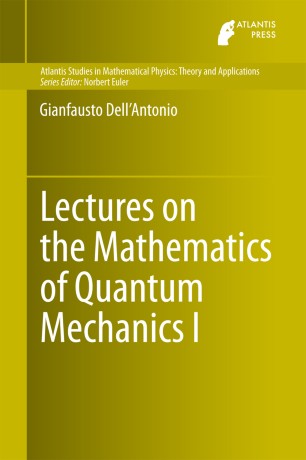 Lectures on the Mathematics of Quantum Mechanics I

The second part (Selected Topics) are lecture notes of a more advanced course aimed at giving the basic notions necessary to do research in several areas of mathematical physics connected with quantum mechanics, from solid state to singular interactions, many body theory, semi-classical analysis, quantum statistical mechanics. The structure of this book is suitable for a second-semester course, in which the lectures are meant to provide, in addition to theorems and proofs, an overview of a more specific subject and hints to the direction of research. In this respect and for the width of subjects this second volume differs from other monographs on Quantum Mechanics. The second volume can be useful for students who want to have a basic preparation for doing research and for instructors who may want to use it as a basis for the presentation of selected topics.