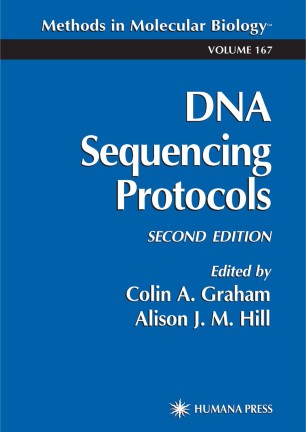 In the post-genome era, in vitro mutagenesis has emerged as the critically important tool used by molecular biologists in establishing the functions of components of the proteome. In this second edition of In Vitro Mutagenesis Protocols, active researchers with proven track records describe in stepwise fashion their advanced mutagenesis techniques. Each contributor focuses on improvements to conventional site-directed mutagenesis, with chapters being devoted to chemical site-directed mutagenesis; PCR-based mutagenesis and the modifications that allow high-throughput experiments; and mutagenesis based on gene disruption that is both in vitro- and in situ-based. Additional methods are provided for in vitro gene evolution; for gene disruption based on transposon, recombination, and cassette mutagenesis; and for facilitating the introduction of multiple mutations. Each readily reproducible technique includes detailed step-by-step instructions, tips on pitfalls to avoid, and notes on reagents and suppliers.

Time-tested and highly practical, the techniques in In Vitro Mutagenesis Protocols, Second Edition offer today's molecular biologists a rich compendium of reliable and powerful techniques with which to illuminate the proteome.