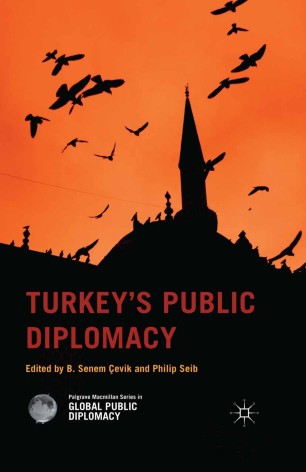 As a bridge between Europe and Asia, the West and the Middle East, Turkey sees its influence increasing. Its foreign policy is becoming more complex, making sophisticated public diplomacy an essential tool. This volume - the first in English about the subject - examines this rising power's path toward being a more consequential global player.

B. Senem Çevik holds a B.A and M.B.A from California State University, San Bernardino, USA, and a PhD in public relations with an emphasis on political communication from Gazi University, Ankara, Turkey. Her research interests are cultural diplomacy, citizen diplomacy and political psychology. She is the co-editor of 'Turkey's Foreign Policy and Public Diplomacy' and 'International Public Relations and Humanitarian Aid: A Public Diplomacy Perspective' (both in Turkish). Her publications focus on public diplomacy in the cultural context. She is currently Assistant Professor at Ankara University and serves on the membership board of International Dialogue Initiative (IDI).
Philip Seib is Vice Dean of the Annenberg School for Communication and Journalism at the University of Southern California, USA, where he is also Professor of Journalism and Public Diplomacy and Professor of International Relations. He served from 2009-2013 as Director of USC's Center on Public Diplomacy. He is author or editor of numerous books, including Headline Diplomacy: How News Coverage Affects Foreign Policy; New Media and the New Middle East; The Al Jazeera Effect; Toward A New Public Diplomacy; Global Terrorism and New Media; Al Jazeera English; and Real-Time Diplomacy: Politics and Power in the Social Media Era.