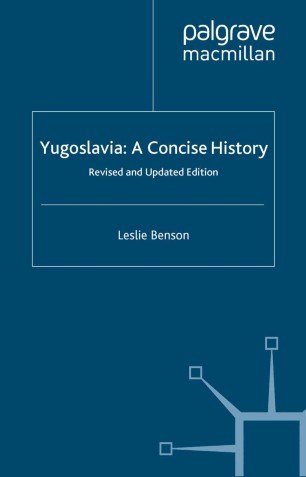 Yugoslavia: A Concise History surveys the whole turbulent course of the country's history, in the context of the struggles between great powers for control of the Balkans. Torn apart by nationalist rivalries, the first Yugoslavia lapsed into paralysis and dictatorship. Axis occupation in 1941 unleashed a murderous civil war, in which the Communist Party emerged victorious. Tito's Yugoslavia appeared to the world as a peaceful, multi-national federation, but in the end disintegrated amid barbarism unknown in Europe for half a century. This revised and fully updated edition explains why, and takes the events up to the arrest of Milosevic in 2001and beyond.