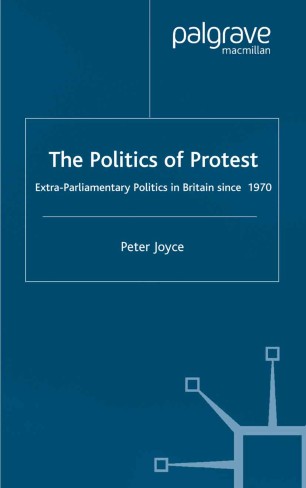 The Politics of Protest

Extra-Parliamentary Politics in Britain since 1970

Peter Joyce provides a comprehensive account of the extra-parliamentary political activity that has taken place in Great Britain since 1970. The issues discussed include demonstrations, direct action, counter-cultural protest, industrial unrest, urban disorder and politically motivated violence. The book concludes with an examination of the extent to which the United Kingdom's liberal democrat political system has been undermined by the response of the state to these activities.

PETER JOYCE teaches Criminology in the Department of Sociology at Manchester Metropolitan University. His previous books include An Introduction to Politics, Crime and Criminal Justice System, Realignment of the Left? and Law, Order and the Judiciary.