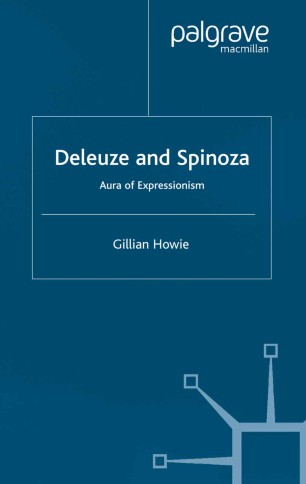 Expressionism, Deleuze's philosophical commentary on Spinoza, is a critically important work because its conclusions provide the foundations for Deleuze's later metaphysical speculations on the nature of power, the body, difference and singularities. Deleuze and Spinoza is the first book to examine Deleuze's philosophical assessment of Spinoza and appraise his arguments concerning the Absolute, the philosophy of mind, epistemology and moral and political philosophy. The author respects and disagrees with Deleuze the philosopher and suggests that his arguments not only lead to eliminativism and an Hobbesian politics but that they also cast a mystifying spell.

GILLIAN HOWIE is Lecturer in Philosophy at the University of Liverpool.