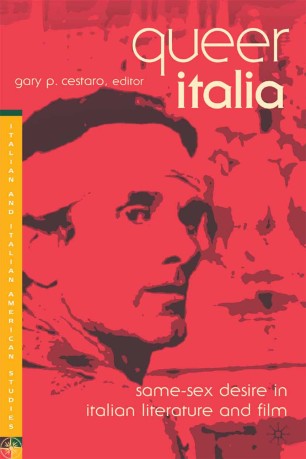 Queer Italia gathers essays on Italian literature and film, medieval to modern. The volume's chronological organization reflects its intention to define a queer tradition in Italian culture. While fully cognizant of the theoretical risks inherent in trans-historicizing sexuality, the contributors to this volume share an interest in probing the multi-form dynamics of sexual desires in Italian texts through the centuries. The volume aims not to promote the mistaken notion of a single homosexuality through history. Rather, these essays together upset and undo the equally misguided assumption of an omnipresent heterosexuality through time by uncovering the various, complex workings of desire in texts from all periods. Somewhat paradoxically, a kind of queer canon results. These essays open a much-needed critical space in the Italian tradition wherein fixed definitions of sexual identity collapse. Queer Italia is the first and only work of its kind in Italian criticism. As such, it will be of interest to a wide audience of Italianists, medieval to modern, and queer cultural theorists.