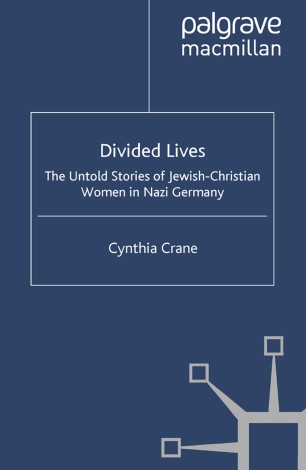 The Untold Stories of Jewish-Christian Women in Nazi Germany

This book brings together the horrifying real life stories of women who woke up one day and were not who they thought they were. The government changed and they suddenly no longer had the right kind of blood, the right name, the right family background, the right physical features to be considered a member of society, city, or state. These stories are from German women who were a part of a Jewish-Christian "mixed marriage" and were subsequently persecuted under the Nuremberg laws. Hitler called them "mischling"- half-breeds, however, they have often been passed over in studies of the Holocaust - perhaps because they are often not considered "real Jews." But these women are still struggling with the nightmares of the Third Reich and the Holocaust, the loss of family in concentration camps, and with their own identity-divided between their Jewish and Christian roots. Often their Jewish background was revealed to them only after Hitler's laws were passed. These are the narratives of eight women who remained in Germany, struggling to reclaim their German heritage and their cultural and religious identity. The narratives are compelling and sensitively written, addressing questions of cultural and ethnic identity.