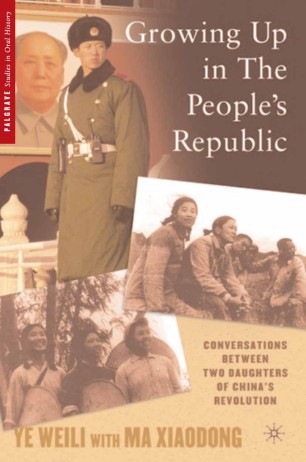 Growing Up in the People’s Republic

In a conversational style and in chronological sequence, Ye Weili and Ma Xiaodong recount their earlier lives in China from the 1950s to the 1980s, a particularly eventful period that included the catastrophic Cultural Revolution. Using their own stories as two case studies, they examine the making of a significant yet barely understood generation in recent Chinese history. They also reflect upon the mixed legacy of the early decades of the People's Republic of China (PRC). In doing so, the book strives for a balance between critical scrutiny of a complex era and the sweeping rejection of that era that recent victim literature embraces. Ultimately Ye and Ma intend to reconnect themselves to a piece of land and a period of history that have given them a sense of who they are. Their stories contain intertwining layers of personal, generational, and historical experiences. Unlike other memoirs that were written soon after the events of the Cultural Revolution, Ye and Ma's narratives have been put together some twenty years later, allowing for more critical distance. The passage of time has allowed them to consider important issues that other accounts omit, such as the impact of gender during this period of radical change in Chinese women's lives.