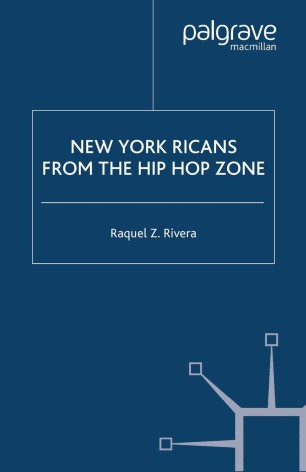 New York Puerto Ricans have been an integral part of hip hop culture since day one: from 1970s pioneers like Rock Steady Crew's Jo-Jo, to recent rap mega-stars Big Punisher (R.I.P.) and Angie Martinez. Yet, Puerto Rican participation and contributions to hip hop have often been downplayed and even completely ignored. And when their presence has been acknowledged, it has frequently been misinterpreted as a defection from Puerto Rican culture and identity, into the African American camp. But nothing could be further from the truth. Through hip hop, Puerto Ricans have simply stretched the boundaries of Puerto Ricanness and latinidad.