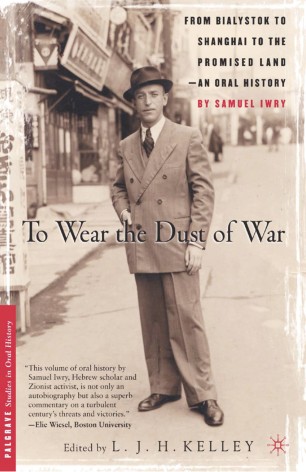 To Wear the Dust of War

From Bialystok to Shanghai to the Promised Land, An Oral History

Like many European Jews, Sam Iwry began his life in Poland, but at the age of ten fled with his family to Russia before World War I. At age 29, Iwry was forced to flee again - this time from the Soviets - and ended up in Shanghai, China, joining 20,000 Jewish refugees who were there. The story of the Diaspora caused by the Holocaust is well-known, but the Far Eastern dimension has come to light only very recently. Iwry is a magnificent storyteller who not only brings the harrowing details of flight and survival into vivid detail, but he is also an historian who deliberately places his own experiences into much wider context. This oral history sheds light on Jewish life in Eastern Europe during the inter-war period, the search for a safe haven from Nazis and Soviets, daily life in the Shanghai ghetto, and emigration to America. Iwry's story is both representative of the Jewish experience and also completely unique.