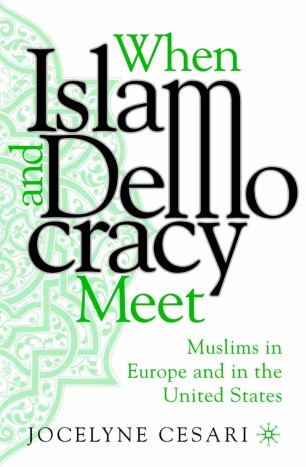 When Islam and Democracy Meet: Muslims in Europe and in the United States

Exploring the woefully neglected reality of Islam as a major cultural and relgious facet of American and European politics and societies, Cesari examines how Muslims in the West are challenging the notion of an inevitable clash or confrontation. With nearly twelve million Muslims living in the larger countries of Western Europe and almost six million in America, the challenges of integrating newcomers within different countries, and the place of Islam in democratic and secular context in the post 9/11 context, have become more pertinent. Comparing the interaction of Muslims with their new countries, this book addresses the implications of increased Islamic visability, violent clashes, beneficial cooperation, and questions within the Muslim community about their role and the role of Islam in democratic states. Pursuing a holistic approach to Muslims as a new minority within western democracy, Cesari provides important insights.