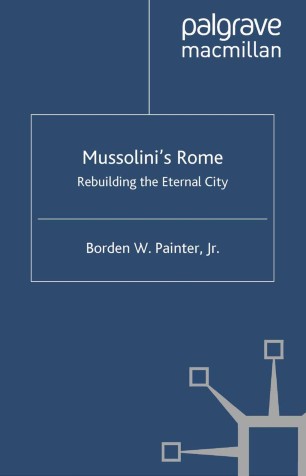 In 1922 the Fascist 'March on Rome' brought Benito Mussolini to power. He promised Italians that his fascist revolution would unite them as never before and make Italy a strong and respected nation internationally. In the next two decades, Mussolini set about rebuilding the city of Rome as the site and symbol of the new fascist Italy. Through an ambitious program of demolition and construction he sought to make Rome a modern capital of a nation and an empire worthy of Rome's imperial past. Building the new Rome put people to work, 'liberated' ancient monuments, cleared slums, produced new "cities" for education, sports, and cinema, produced wide new streets, and provided the regime with a setting to showcase fascism's dynamism, power, and greatness. Mussolini's Rome thus embodied the movement, the man and the myth that made up fascist Italy.