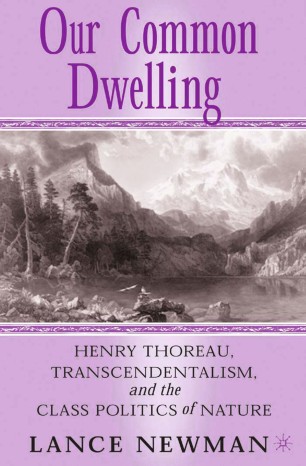 Our Common Dwelling: Henry Thoreau, Transcendentalism, and the Class Politics of Nature

OurCommonDwelling explores why America's first literary circle turned to nature in the 1830s and '40s. When the New England Transcendentalists spiritualized nature, they were reacting to intense class conflict in the region's industrializing cities. Their goal was to find a secular foundation for their social authority as an intellectual elite. New England Transcendentalism engages with works by William Wordsworth, Henry David Thoreau, Ralph Waldo Emerson, Margaret Fuller, Nathaniel Hawthorne, and others. The works of these great authors, interpreted in historical context, show that both environmental exploitation and conscious love of nature co-evolved as part of the historical development of American capitalism.