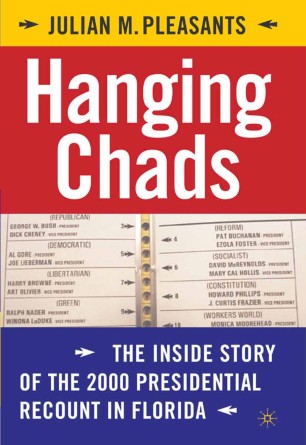 The Inside Story of the 2000 Presidential Recount in Florida

What's the real story behind the 2000 presidential election fiasco? Hanging Chads presents candid and insightful interviews with key figures in the post-election recount in Florida, which decided whether Al Gore or George W. Bush would win the closest presidential contest ever. The book features an introduction that clearly explains the often complex and convoluted legal manoeuvering that occurred during those tense thirty-six days of the recount, a timeline laying out the sequence of events, a cast of characters that identifies the key players on both sides, and a glossary of the court cases and legal terminology that came into play. Pleasants interviews the two main Florida lawyers, Dexter Douglass for Gore and Barry Richard for Bush, and discusses the decision-making process with three judges involved in key cases. The book includes the viewpoint of the press and key political players like Tom Feeney, the Florida legislature's Speaker of the House, and Mac Stipanovich, a key political advisor to Katherine Harris. In addition, Palm Beach County Supervisor of Elections Theresa LePore explains why she chose the infamous butterfly ballot that sent the whole process into motion. Providing a unique and balanced insiders' view of one of the most important events in recent history, Hanging Chads is a must-have for students and historians of American politics.