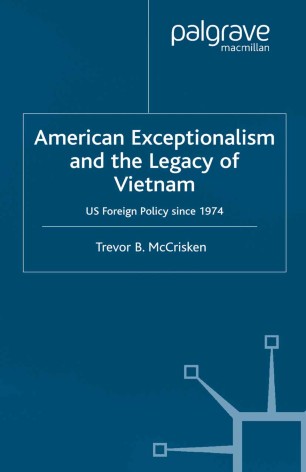 American Exceptionalism and the Legacy of Vietnam

TREVOR B. MCCRISKEN is Lecturer in American Politics and International Relations at the University of Oxford, UK. He is also a Research Fellow at the Rothermere American Institute, Oxford.