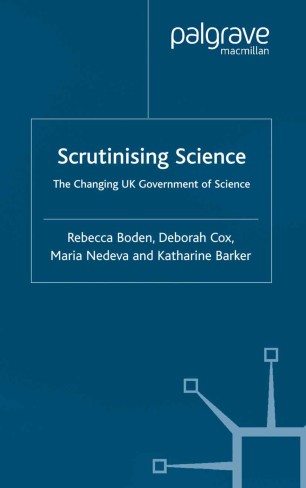 The Changing UK Government of Science

By the 1980s, UK government research laboratories were an often quirky but always essential part of the state sector. In one of the most radical experiments in the organization and management of scientific research attempted in the UK, successive Conservative governments sought to reform these laboratories by applying the market-based solution of 'New Public Management'. Scrutinising Science explores and critiques that reform process by examining the laboratories' new organizational forms, the new visions of what science is for implicit in the reform agenda and the new forms of scientific knowledge production that have arisen as a consequence.