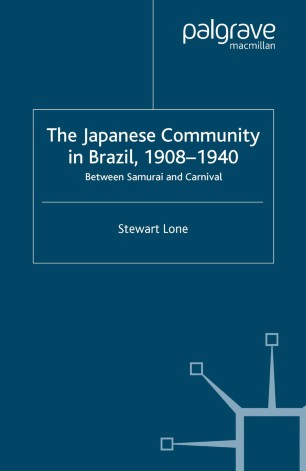 Between Samurai and Carnival

On the eve of the Pacific war (1941-45), there were 198,000 Japanese in Brazil, the largest expatriate body outside East Asia. Yet the origins of this community have been obscured. The English-language library is threadbare while Japanese scholars routinely insist that life outside of Japan was filled with shock and hardship so that, as one historian asserted, 'their bodies were in Brazil but their minds were always in Japan'. This study redraws the world of the overseas Japanese. Using the Japanese-language press of Brazil, it explains the development of a community with its own, often aggressively independent or ironic views of identity, institutions, education, leisure, and on Japan itself. Emphasising the success of Japanese migrants and the openness of Brazilian society, it challenges the perceived wisdom that contact between Japanese and other peoples was always marked by hostility and racism.

STEWART LONE is Associate Professor in East Asian and Imperial History at the Australian Defence Force Academy, University of New South Wales. He is the author of books on Japanese civil society's relations with the military, and on Japanese colonialism.