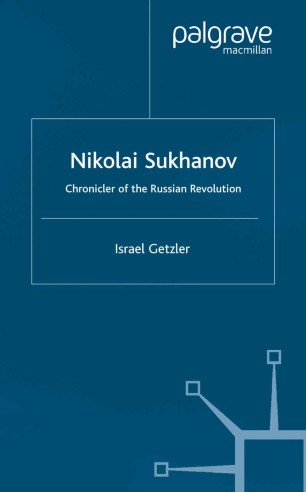 Chronicler of the Russian Revolution

Sukhanov stood at the centre of the Russian revolution as a founding member and ideologist of the Petrograd Soviet and as fearless editor of the leading opposition newspaper. His seven-volume eyewitness memoir of the major events of the Russian revolution is peopled by such leading figures as Lenin, Trotsky, Martov, Chernov, Tsereteli and many more. In the 1920s he stood out in courageous opposition to those of his fellow economists who prepared the Communist Party for Stalin's brutal collectivization. Found guilty at the farcical Menshevik show-trial of 1931 and subsequently victim of a trumped-up charge of spying for Germany, he was shot in 1940 and only rehabilitated in 1992. His fate epitomizes the tragedy of those Russian intellectuals who sought an accommodation with the Communist dictatorship and were destroyed by it.